This weekend I rode with a local bike team for the first time since I’ve lived in Japan. I had been to one of the bike shops nearby several times over the past six months or so and even asked about group rides. However I was admittedly a little gun-shy about riding with a local team when I barely speak enough Japanese to order a meal.

Last week I finally decided that it was time and went to Hirako (the shop I had been stalking) to inquire about the meet time of their Sunday ride. The man who helped me was very kind and was able to understand my inquiry despite my forgetting to use the few words I do know – jitensha (bicycle), noru (to ride), and nichiyoobi (Sunday). As it turns out my mangled “ride-o” was understandable and I was given great instructions on the back of my receipt. They looked something like this:

If there is one thing I’ve learned in Japan it is that human language contains far more words than are actually necessary to get one’s point across. Clearly the above means that you should show up 15 minutes early, the group rolls out at 8 am, and the ride will finish around 10:30 or 11. When I asked if there was a chizu (map) of the route the man said “mmmm… hhhh…” which in Japanese means “no…” if not officially, then certainly by dint of common usage. This hhhh sound is made by an inhalation of air between the teeth; I imagine it as something like an inverse “sh” sound. It is almost always accompanied by a cock of the head to the side and a wince. So no map. Well here goes nothing.

My house is about 45 minutes easy ride, 30 minutes harder ride, away from Hirako Bike Shop. So, characteristically, I left home at about 7:10 (I know I may have said this before, but to restate: I’m not really a morning person). It was a cool crisp morning with very little traffic and I hit the lights right so I really didn’t have to push too hard to arrive at the predetermined 7:45. At any rate, the “ride leader” as pointed out by the shop manager was in the process of taking off one saddle and putting on a different one. I say ride leader in quotations because this seemed to be a running joke. Nearly everyone I was introduced to was referred to as such. 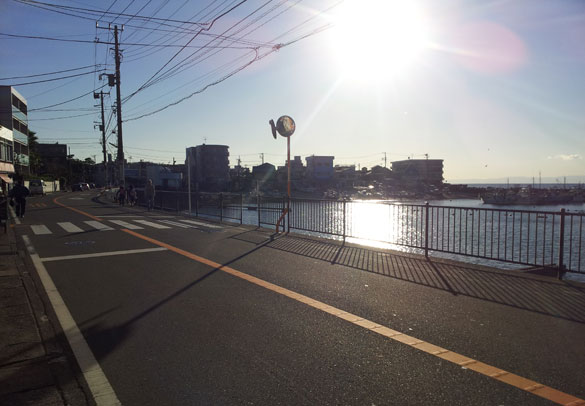 Japanese people have been very polite in my experience in general, and people on trains and buses rarely appear to be looking at anything at all, let alone staring at someone in particular. This team was no different. I didn’t receive any odd looks, or at least not many, and it was clear from the stunted conversation and the abrupt quiet when I showed up that everyone was very intently not paying attention to the gaijen (foreigner). The interactions between the team in general reminded me of the ones I would expect to see at a shop in the United States on a nice Sunday morning. Clearly many of the riders knew each other from long experience cycling together, and they casually joked and pushed each other around.

‘This isn’t so foreign,’ I thought, and started to relax a little. That is until the shop manager gathered everyone together and motioned for me to introduce myself. I quickly stammered my way through a half remembered introduction from the only Japanese class I’ve yet taken “Ohayoogozaimasu –” (Team – in unison: “Ohayoogozaimasu.”) “Kathryn desu. Yoroshiku onegaishimasu.” (Good morning. I’m Kathryn. Pleased to meet you.) The manager then addressed the rest of the team and discussed… something, after which he split the team into groups. When it came time to assign me he motioned towards one group and said “That is the expert group…” I can’t quite say how, but it was clear that it was not his intention for me to join these riders. He then motioned to two other riders and said, in effect, that I’d be riding with them. We went through hand signals to make sure that we had an understanding and started out.

Riding in the summer in Japan is hot and sticky. Fall riding on the other hand is perfect: around 50-60 degrees Fahrenheit and clear with beautiful blue skies. It is a little chilly in the shade in the morning but the sun breaks are the perfect temperature. 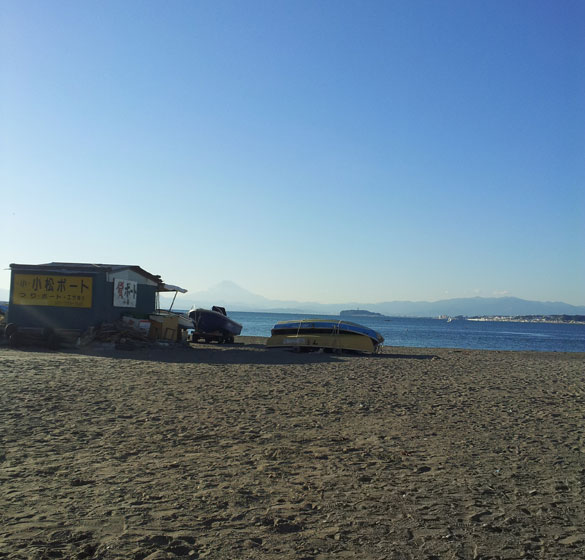 We rode for about 30 minutes along the mostly flat coastline until we came to an intersection where the ride leader told us that the next part of the ride would be a hill. We would regroup at the top so each individual could ride at whatever pace they chose. Up until this point we had been riding through urban areas with shops closer to the main roads and houses behind them and stretching into the hills. I discovered after the ride that the hill onto which we now embarked is a connector that bridges the city of Hayama with Yokosuka. It is however also flanked by two larger roads to either side and at 9 am was very quiet. Both the lack of car traffic and the dense surrounding forest gave the impression of being in a much less densely populated area.

After meeting at the top we all rode down the other side of the hill and through two wide tunnels. We then turned around and started the trek back up again. Japan has lots of tunnels. They range from narrow and dark to impressively expansive and well lit. These were of the latter variety – probably at least in part due to Hayama being a wealthy beach community and the site of a vacation home of the Emperor’s. After returning to the main road we continued on until we came to a fairly inconspicuous side street. Upon turning towards the ocean we rode alongside boat warehouses and wharfs. We even stopped at a fish market that one of my riding companions assured me is the best in all of Miura Peninsula with the fresh catch of the day being the main commodity.

At the beginning of the ride when the ride rules were being laid out the ride leader mentioned that after climbing two hills we’d take a snack break. Snack breaks not being something I was particularly used to in Seattle, I was curious to see what exactly this meant. As it turned out there was a café serving coffee and Taiyaki (fish shaped cakes filled with sweetened red bean paste) about 2/3 of the way into the ride. There we re-grouped with the A group in front of us and the C group behind. The ride leader informed us that he’d be leaving us at this point and that we would continue on with the A group. I realized that I’d just been vetted! I wasn’t able to get my other riding companion to confirm, but I suspect that the team members I rode with had been chosen because they spoke the best English. Furthermore their job was to determine at what pace I rode and whether I was unpredictable or likely to cause a crash in the larger group.

The team having been apparently convinced that I was at least marginally competent we continued on with the A group after our snack break. After riding at a conversational pace for a short while, we journeyed up a hill that I swear may have been mapped in to determine whose stomachs were solidly built. At the top my new ride leader was making motions to continue on up another hill, but the rest of the team appeared to be of the opinion that more climbing was unnecessary. Grudgingly the ride leader was convinced to call it a day and we all rode back to Hirako. When we arrived I was surprised to find coffee and cookies waiting for us for an optional donation to the coffee/cookie fund. All in all a very satisfactory ride with a really fun team!