When my husband and I decided to relocate to Japan to a city about an hour south of Tokyo we were looking forward to many things. We had heard, and experienced for ourselves during short trips, how amazing Japan is. From fantastic food from all over the world to the strong presence of traditional Japanese culture in daily life, we were excited to explore this vibrant and fast paced country in the five years we are to spend here. What we worried about though was where we would be able to ride our bikes.

Japan is known around the world for its train stations surrounded by huge racks of bicycles and large numbers of people that commute by bike every day, but we wanted something more than just city riding. Being so close to Tokyo we were unsure about whether we would be able to find anything even remotely resembling the quiet farmland and beautiful national parks that are so close to our hometown, Seattle, Washington.

I can say with some pleasure then that riding in Japan is terrific. Not only have we found quiet country roads, but also small Sunday morning farmers markets, peaceful and out of the way shrines, courteous drivers and, a short drive away, those national parks we love so much in the States.

Our new home is on the Miura Peninsula. This stretch of land separates Tokyo Bay to the northeast from Sagami Bay in the southwest and is only a ferry ride away from Chiba and various small islands to the south. The peninsula is characterized mainly by rolling hills, though like most land masses close to water, offers steep ascents and descents as well.

To understand the difference between this area and the larger metropolitan centers of Tokyo and Yokohama, one needs only ride the train south out of Tokyo. Once past Yokohama the landscape changes significantly. Although city streets and high-rises are still prevalent, they cluster more around train stations. The city no longer stretches into the distance and trees are everywhere.

The peninsula is not all that large; the distance around it along the coast from Kanazawa to Kamakura is 40 miles. When riding south out of Yokosuka it takes only around three miles before you are riding along a slower, less traveled beach road, and in a short while you are in the middle of watermelon fields and windmills. 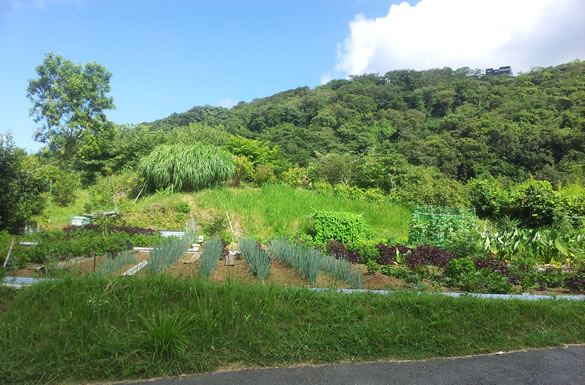 To clarify, riding in Japan is not the same as riding in Seattle. The roads here are narrower, and farms are smaller, being interspaced with larger groups of houses and shops; countless little neighborhoods with names like Hassemachi Mito and Nagai. Cars drive close, but Japanese drivers are careful.

Bike/car accidents seem to be somewhat of an anomaly here compared to the frequency with which they occur in the United States. Partly this has to do with the larger personal responsibility the driver must take in an accident. The only one I have heard about involved a cyclist friend of mine. When the police first arrived on the scene they asked what my friend wanted to charge this woman with, and did he think she should have her license revoked? After the incident he was driven to the hospital by the woman who hit him. Two weeks later he received a letter from her lawyer asking how much money he wanted in reparations. This sort of injured party based liability system would probably not work in the United States. But it is reassuring to know that if a car hits you here the driver is responsible for more than merely communicating with the customer service department of their insurance company.

Another element, perhaps the most obvious, that is different from the environment of Seattle is the heat and the humidity on the main island of Japan. We have learned that it might be more accurate to characterize this as “the land of the early rising sun” and as such our rides typically start between 5 and 6am on weekends. Coming from a very committed night person, the fact that I am willing to get up at that hour means that it is hot and sticky. When we stop riding to refill water and food we all look as though we have just crawled out of a pool. On the other hand, this makes dressing for riding easy. 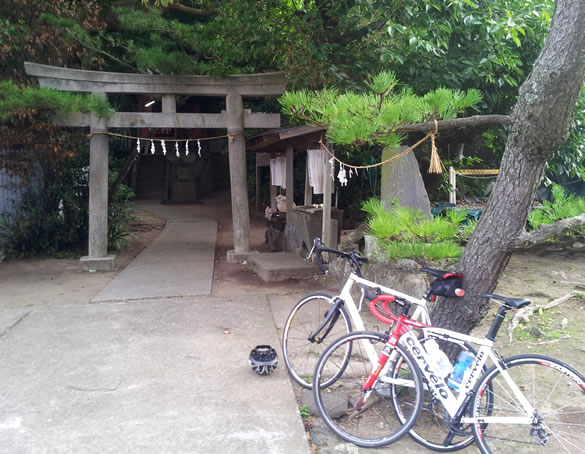 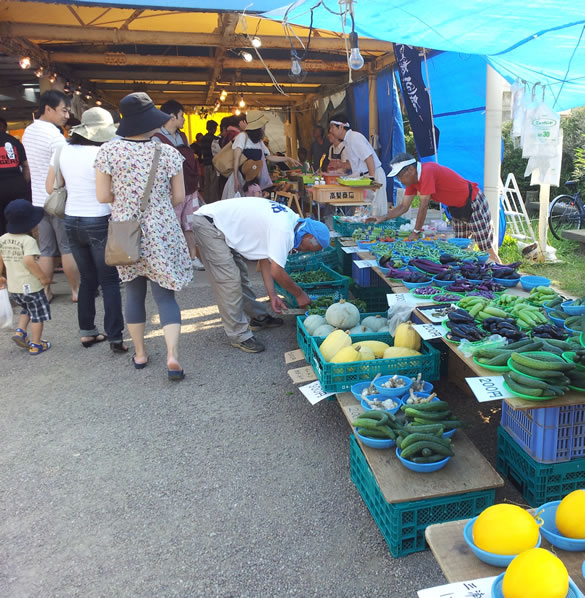 We always know what we will wear on these summer mornings – bike shorts and a jersey. There is no need to try to guess whether arm or knee warmers will be needed, because at 5am when we roll out it is already 70 degrees Fahrenheit. It also means that everything is very green here. Sometimes I feel as though we are actually in a jungle, even though our latitude is something close to that of San Francisco.

When riding along the coast it is easy to forget that most Japanese people we have met characterize these beaches as ugly; and certainly not tropical (but then our friends have a fascination with Hawaii). The tall palm trees and long dangling vines near the road and the beautiful blue ocean water reminds me of Cozumel, Mexico. It is hard to juxtapose this picture with the reality of its immediate surroundings. Tokyo is only an hour away after all and, its surrounding suburbs included, it boasts a population of 37 million people; the largest of any metropolitan area in the world (compare this to New York’s 20 million).[1] But down on the Miura Peninsula the population density is much lower, and many times the beaches here are free of any human activity at all as we pass by early on a weekend morning.

Each beach is a little bit different; with some better suited for beach combers, others to fishermen, and still others are mainly surfing hangouts. As we ride many times there are a few fishermen either just bringing in the morning’s catch or departing to begin the day. Probably if we were to drop by at this hour during the week the picture would be much busier. 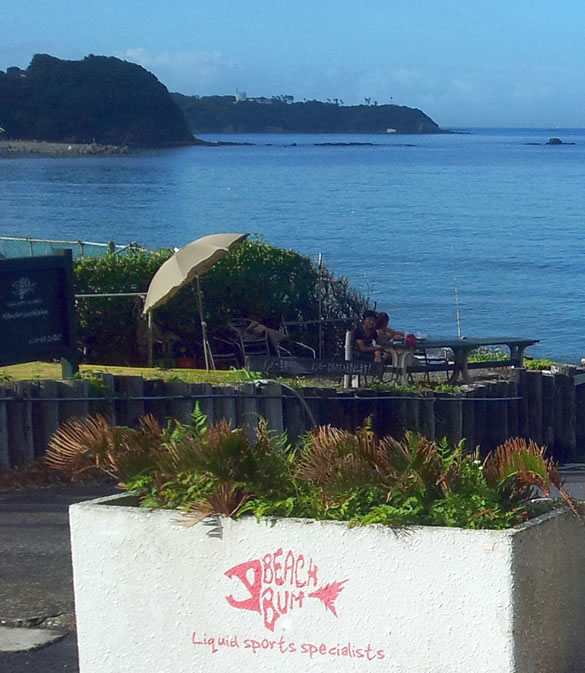 On the surfing beaches you see neoprene covered heads and arms bobbing in the water on top of long and short boards. This is Japan after all so if you surf you must have all the right gear, even though the water temperature does not absolutely necessitate a wetsuit. The restaurants that dot the beach front sometimes close randomly if the surf is good.

Our Japanese adventure has thus begun with leisurely rides through the countryside and along the coast. This is a reality that I had not anticipated when we first moved here, and as we travel I am continually surprised by the beauty and the varied landscape of Japan.

1. Population Division of the Department of Economic and Social Affairs of the United Nations