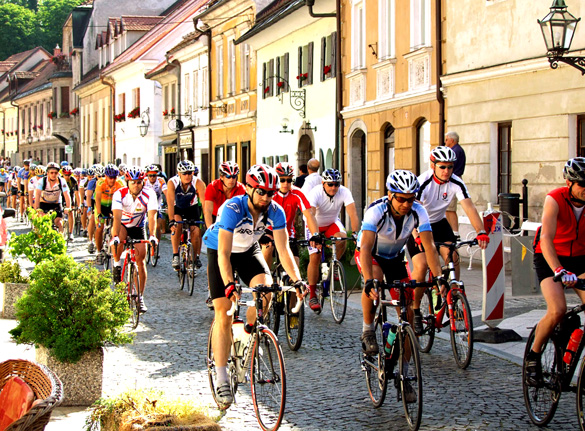 Do you remember the first time you rode a bicycle? Everyone has a story around their first riding experience. For me, right from the start, cycling was about freedom and feeling alive, one informing the other. More than that basically awesome feeling of being on the bike, I’m talking about a seemingly ever-expanding list of freedoms that inspire, empower, and connect.

We start out simply discovering the feeling of being on a bike. Then we get fit, and think racing might be fun. After racing, bike commuting offers that same freedom and fitness while reducing expenses and carbon footprint. If you travel, there’s no better way to connect with the land and its people than on a bicycle.

Proper Fit Makes the Difference
Some people never experience the sense of joy you can get on the bicycle because they get on a bike that doesn’t fit or feels uncomfortable. Maybe they get a sore lower back, neck, or knee, and they never get back on, declaring they are ‘not made to ride bikes.’ What they don’t know is that no one is made to ride a bicycle.

In spite of the fact that bicycles are made by and for humans, humans are not made for bicycles. But that doesn’t mean we can’t be completely comfortable on them. Nearly anyone can get properly fit for a bicycle – and ride pain-free. That’s a fact that many people don’t know, and it’s really too bad, because the bicycle is a great tool for fitness, community, camaraderie, and transportation. Plus, it’s far better for the environment than virtually any other form of rapid transport.

Bike riders from all walks of life experience the feeling of freedom on the bike. Whether you race, commute, travel, or simply ride your bike around the neighborhood, the benefits are endless.

Bicycle Rider
The action of riding a bicycle is itself a simple way to connect with others. There is a reason cycling has eclipsed golf as the fastest growing sport. Cycling makes you an instant member in a community of people who ride bikes.

Bicycle riding may just be the perfect melding of human being and technology. The bicycle enables me to use the entirety of my body all at once, to feel nearly every muscle playing a part, to engage my respiratory system fully, to focus my mind on my surroundings, and train my energy on forward progress. Somehow, while all of this is going on, I’m able to enter a meditative state of mind something like a dream state, only with complete lucidity.

It is on the bike that I have learned patience, restraint, and when to utilize power and aggressiveness. It’s also where I’ve learned to take in the fullness of my surroundings – you have to on the bike, because it’s essential to staying upright.

Bicycle Commuter
For the bike-commuter, you get freedom from stress, and you get to leave behind roughly 2,000 pounds or more of steel, rubber and glass [your automobile] while increasing fitness, thinking clearer, and generally feeling awesome. Bicycle riding also teaches you how to listen to your body.

One of the great things about bicycling is the ability to transport yourself between cities. Bicycling is incredibly efficient transportation. Here in Seattle, I can ride from home to downtown (about eight miles) in the same amount of time it takes in a car. I ride to meetings in nearby towns too.

People even commute from Portland to Seattle for work, using a combination of train and bicycle. I once met a software engineer who lives in Portland and runs his firm in Seattle. He takes the train on a Monday, rides his bike to work, stays in Seattle for a few days, then trains back home. I’ve begun doing the same thing on trips to Portland.

Bike Racer
For the bike racer, the more you train, the better you get, and that equals more freedom come race time to move around the pack, pick your lines, choose your wheels, and have fun with attacks. In order to be competitive, most racers need to train at least 2-3 hours per day (often more like 3-6 hours) several times per week, and this happily translates to more time to tick over the pedals, free of most of life’s superficial worries.

There are additional health benefits that occur as a natural result of getting race-fit. You begin eating healthier foods, hydrating better, sleeping better, and gaining more consistent life routines.

Cycle-Tourist
Touring a country on a bicycle is an eye-opening experience. You see more and can readily connect with people because the bicycle is universal, and nearly anyone can relate to you as a rider. You also experience the terrain at a slower pace, revealing intricacies that get lost when using faster modes of transportation. One the bike, it is far easier to discover hidden treasures, amazing views, or a great lunch spot. Your connection to the place is stronger too, because you are really using your body to get around, creating real feeling and sensations that rarely occur otherwise.

As an example of the cycle-tourist experience, check out Kathryn Driggers’ posts about experiencing Japan on the bike:
An introduction to cycling in Japan
Riding with the Locals (in Japan)
Road Trippin’ in Japan
Rules of the Road – Cycling in Japan

Our lives are packed with activity. We have to make choices about how to live, how to earn our way, how to connect, and how to spend precious free time, among other things. Cycling supports pursuit of the best things in life: health, community, freedom. In short, the more I ride, the freer I feel.